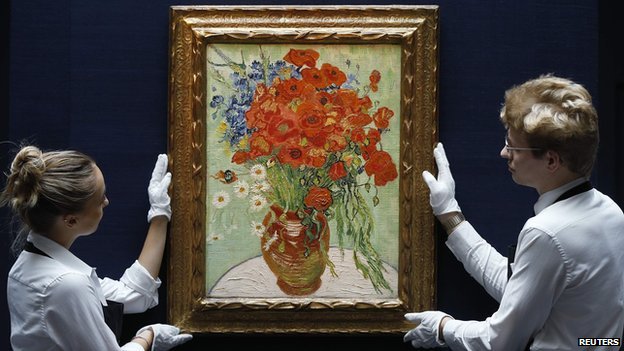 A floral masterpiece by Vincent van Gogh, painted in the closing stages of his life, has sold in New York for $61.8m (£38.7m).

Still Life, Vase with Daisies, and Poppies exceeded its estimate of up to $50m (£31.3m) at the Sotheby's auction.

A sculpture by Amedeo Modigliani set a new benchmark for his work.

Van Gogh's painting was created at the French home of his doctor just months before his death in 1890 and was one of the few works he sold during his lifetime.

Sotheby's said the painting was bought by a private bidder from Asia.

Portrait of Dr Gachet - the physician whose flowers he captured in this latest work to sell - went under the hammer for a record in 1990. 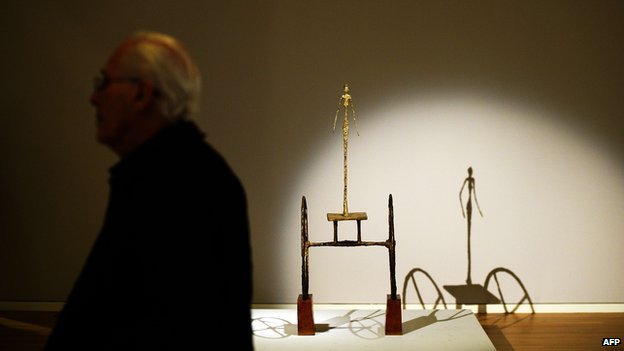 Giacometti's work is considered a triumph of modern art and had been held in the same private collection for more than four decades.

"With its connotations of healing, strength and magic, this heroic sculpture is a symbol of renewal following the Second World War," said Simon Shaw, Sotheby's co-head of impressionist and modern art.

A week-long series of evening sales at Sotheby's in New York continues on Wednesday.

A work by British artist Francis Bacon - a triptych entitled Three Studies of Lucien Freud - currently holds the record for the most expensive piece of work to have been sold at auction.

A separate sale at Bonhams in New York featured artworks from the estate of late Hollywood star Lauren Bacall.

Other items from Bacall's collection, including furniture, jewellery and other pieces of art, will be auctioned in a separate sale in March.